Deciding which Initiatives to target first

You have created and mapped your list of initiatives, now it's time to prioritize them based on an assessment of value against risk/effort from a relative perspective.  It is important to note that the assessment is purely based on a relative comparison between the initiatives rather than an absolute value assessment, i.e. when comparing two initiatives, which one has a higher value and lower risk/effort.

Undertaking a relative comparison between initiatives will help spark discussions among your colleagues as to which initiatives will deliver the higher or lower value against risk/effort.  This discussion is an invaluable step in gaining consensus as a team.

You can learn more about our prioritization matrix and the definitions for value and risks in our blog article called Prioritization Matrix Examples.

To help with prioritizing your initiatives we use a common 2 x 2 with value on the y-axis and risk/effort on the x-axis, see diagram below.

Placing initiatives on the 2 x 2 and assessing relativity

Tips: Use the zoom in/out to focus in on a quadrant and use the "A" increase and decrease buttons to change the initiative name font size.

Removing an initiative from the 2 x 2

To remove an initiative that you have placed onto your 2 x 2, first select the initiative and then click on the delete button (the trash can in the top left corner). 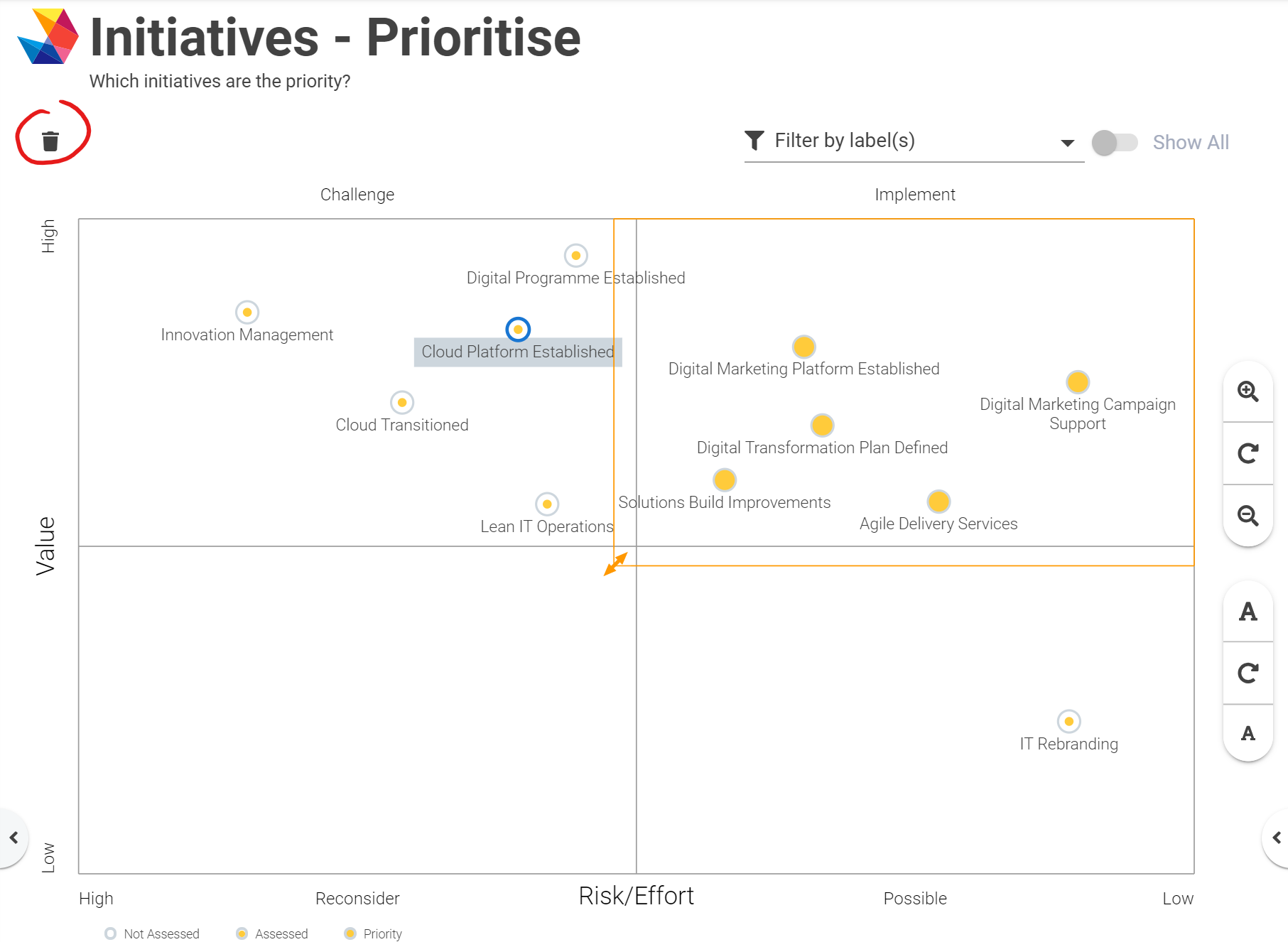 Determining which initiatives are the target for your strategic roadmap

When you have lots of initiatives and limited resources (that's probably most of us), then Jibility enables us to select the initiatives that matter most on the 2  x 2 using a Target Zone selector. The target zone is defined by the re-sizeable orange rectangle which is anchored to the top right corner of the 2 x 2. 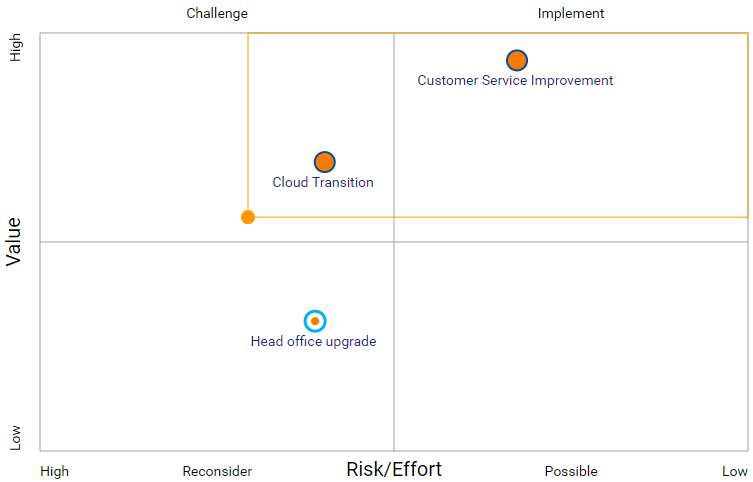 Tips: You can tell which initiatives are in the target zone as these have a solid circle.

An initiative can have a "Not Assessed", "Assessed" or "Priority" status.  On the 2 x 2, the look of the circle that represents an initiative indicates its status, as shown below.

A fully filled circle is "Priority" which means this initiative was selected in the target zone as priority for implementation.

A partially filled circle is "Assessed" which means this initiative was assessed and placed on the 2 x 2 but is outside the target zone and not a priority for implementation.

An empty circle is "Not Assessed" which means this initiative exists but not yet assessed on the 2 x 2.

Related Articles
How to include or exclude a specific initiative as priority.