Cost and Benefits Distribution Along the Boundaries (Professional Plan)

When you move an initiative towards the first or last stages, the defined cost and/or benefits distribution for an initiative may extend beyond the roadmap stages.  In this article we describe what happens.

We will use the following example to describe the various scenarios.  In this example, we have Initiative X with a cost of $1000 and benefits of $2000.  The cost is distributed over 2 stages and the benefits over 4. 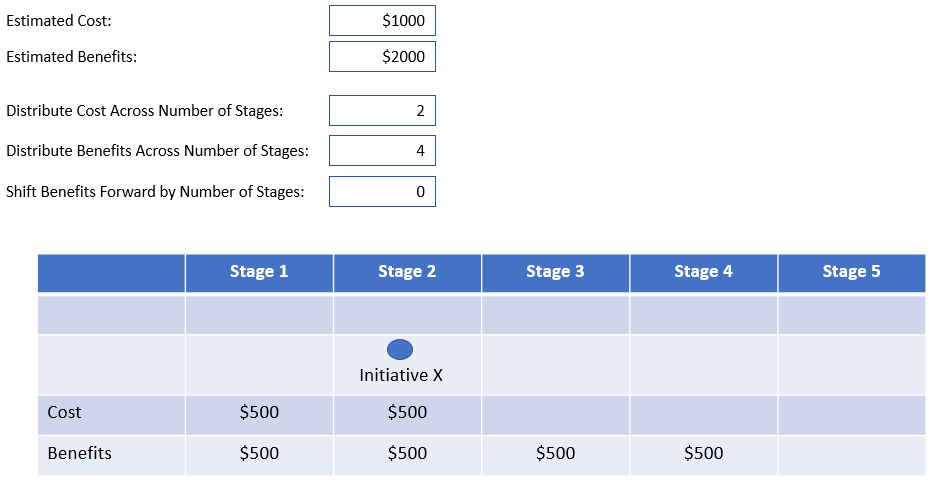 Cost and benefits distribution starting earlier than the first stage

An initiative on a Jibility Roadmap, such as Initiative X in Stage 2 as shown above, represents the stage where the initiative is completed.  Therefore the cost for an initiative can be distributed to the current or earlier stages only.  Cost is never distributed to a future stage.

When Initiative X is moved forward into Stage 4.  The cost distribution is evenly allocated to Stage 3 and 4.  The benefits commences in Stage 3 (as per commencement of cost allocation) but there are only three stages available to distribute benefits over, even though benefits are supposed to be distributed over four stages.  The result is that the total benefits beyond the last stage is fully allocated into Stage 5.

In the next example, Initiative X is moved into the last stage which is Stage 5.  The cost distribution is evenly allocated to Stage 4 and 5.  The benefits distribution extends into the future beyond Stage 5 so the total benefits is allocated into Stage 5 instead. 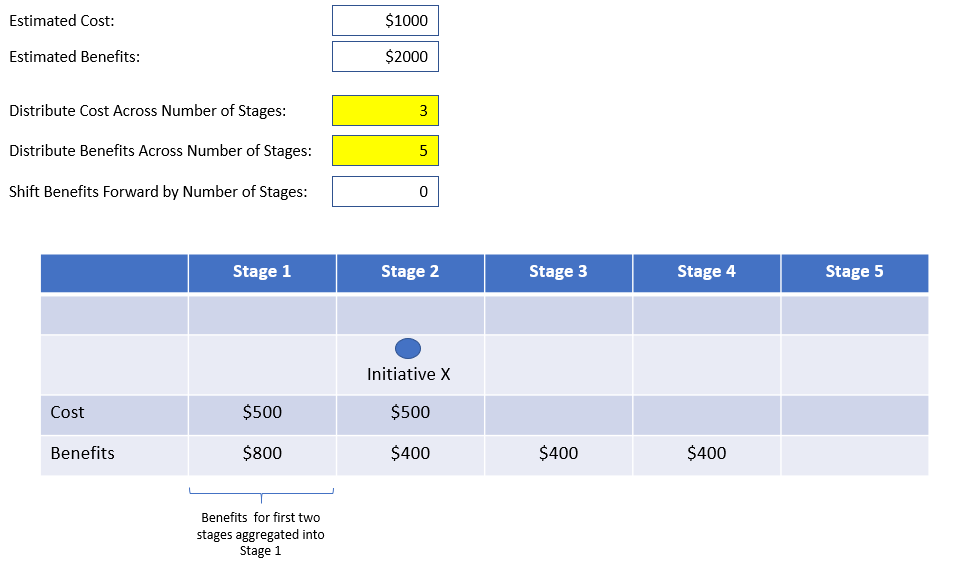