How to spread estimated benefits over multiple stages

The Benefits Estimation feature in Jibility allows you to define a gross benefit value for an initiative.  You can find out more about benefits estimation here. 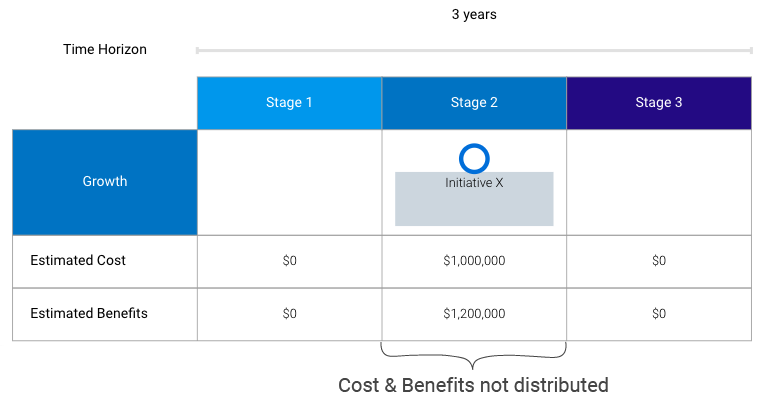 If Initiative X is delivered in Stage 2, but work is commenced in Stage 1, then you may want to show some of the cost and benefits in Stage 1. 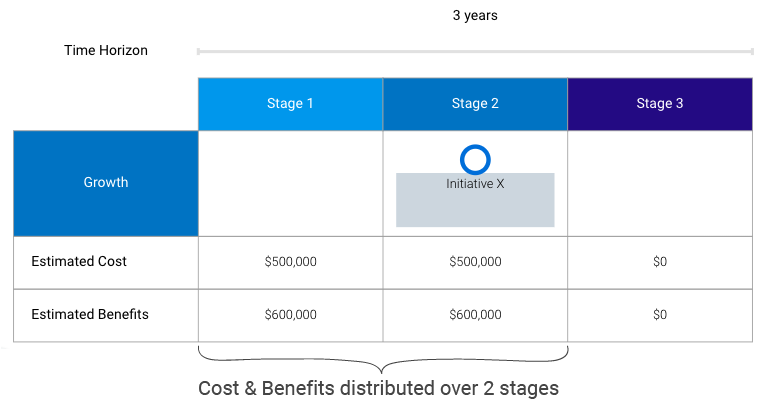 How to define benefits distribution

To define the distribution of benefits follow these steps (for cost distribution please refer to the Distributing Cost Over Multiple Stages article).

Distribution of benefits into future stages

Benefits can be distributed into future stages.  This happens when the "Distribute Benefits Across Number of Stages" field is greater than the "Distribute Cost Across Number of Stages" field.  In the following example, the benefits distribution is over four stages and the cost distribution is over two stages.  Therefore, benefits is distributed into a future stage (Stage 3 & 4). 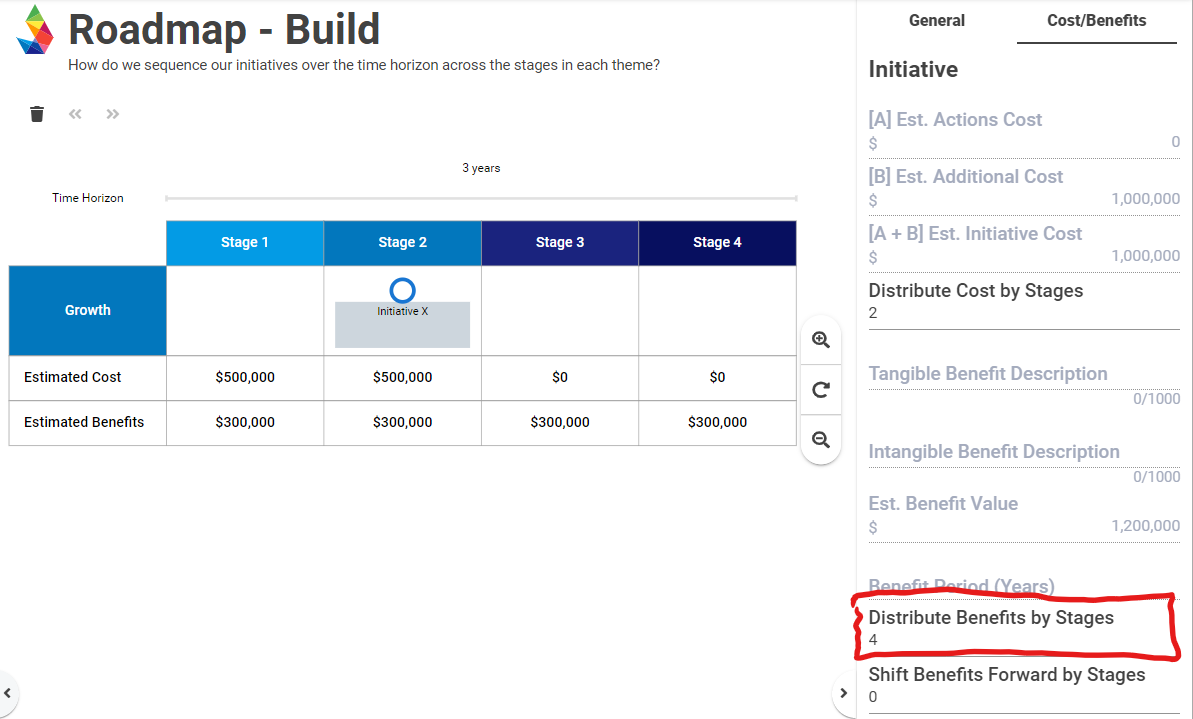 If you set the "Distribute Benefits Across Number of Stages" to a number higher than the number of stages available on your roadmap, then the benefit value is proportioned based on the number of stages defined and allocated to each stage accordingly, but the last stage will show the remainder future benefit value.  For example, in the diagram below, we have Initiative X with a benefit value of $1,200,000 being distributed over four stages. However, there are only three stages on our roadmap, so Stage 3 will hold both the Stage 3 and remaining benefits. 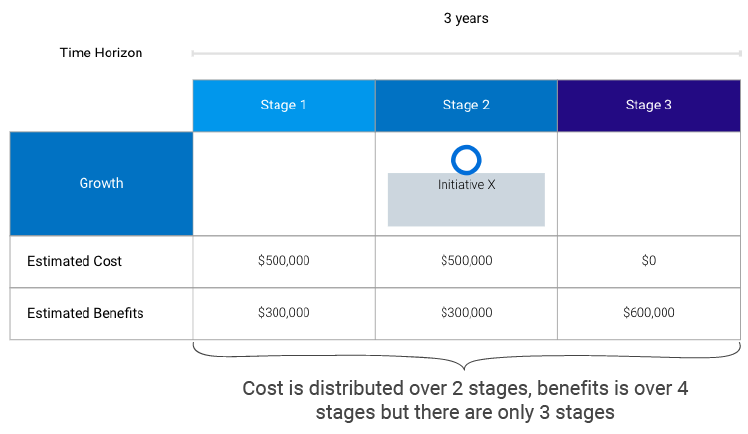 Using the same example, if Stage 4 was added to the roadmap then the benefits will be automatically spread evenly across all four stages.

In the following example, Initiative X has a cost of $1,000,000 and benefits of $2,000,000.  The benefits distribution is shifted forward by one stage.  The distribution settings are:

The Shift Benefits Forward by Number of Stages field is located in the properties panel for a selected initiative on the roadmap (as shown below).  This field can have a value of zero or greater.  The default value is zero, which means benefits distribution commences in the first stage where cost is allocated. 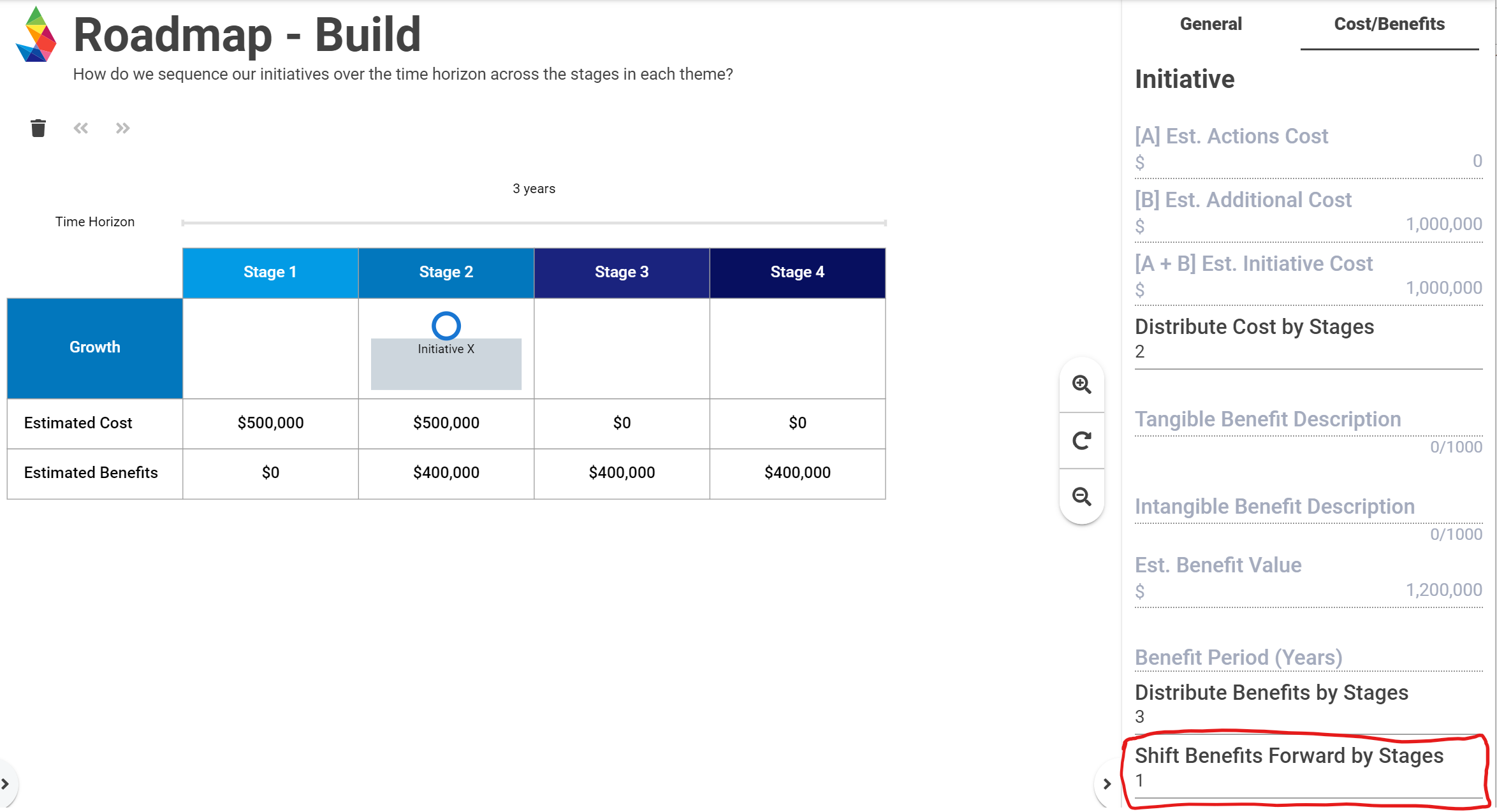 Click on a stage to see the list of initiatives contributing to the overall stage cost and benefits.  In the following example, by selecting Stage 2 we can see in the properties panel that: 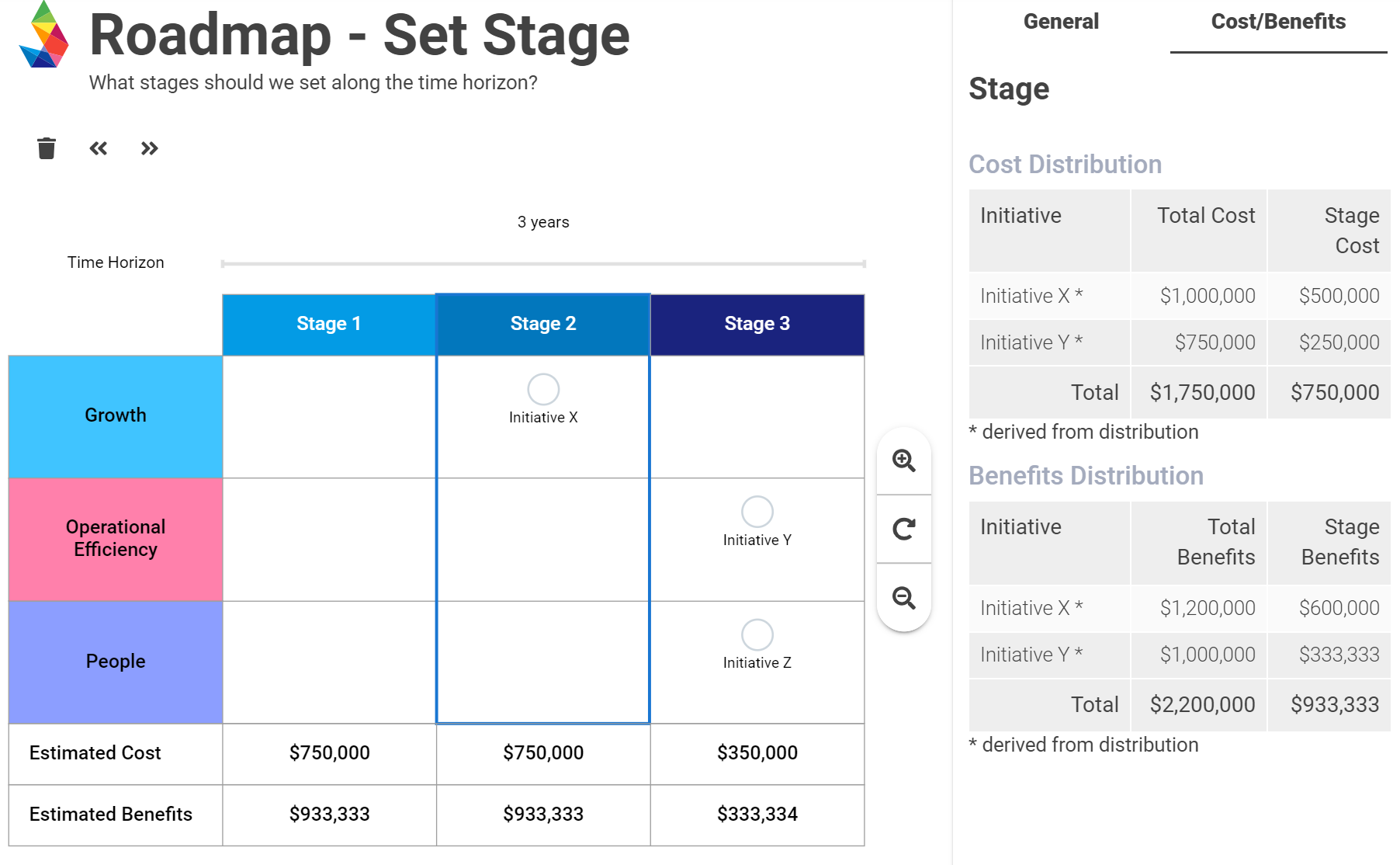 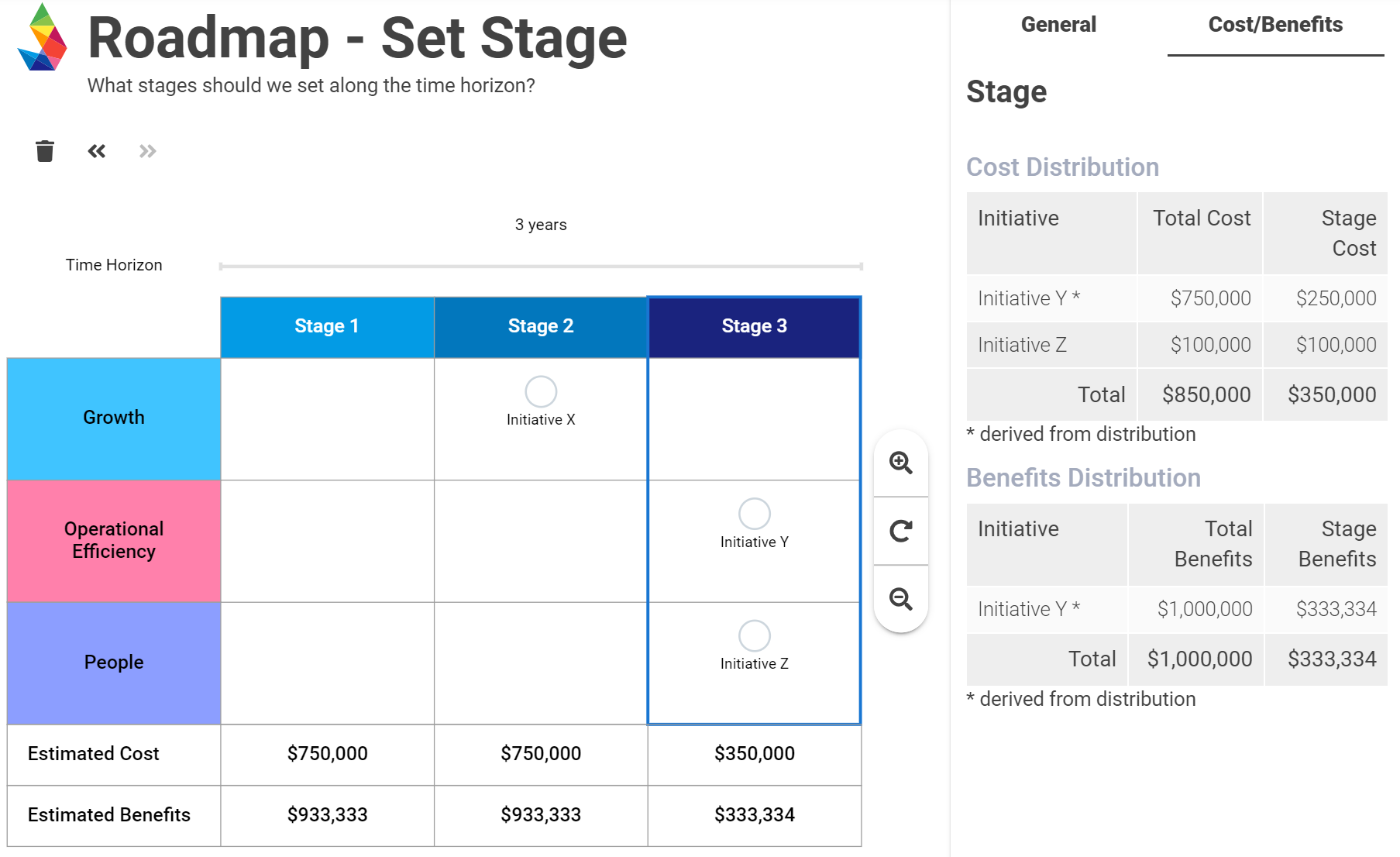