Include or exclude a specific Initiative as priority 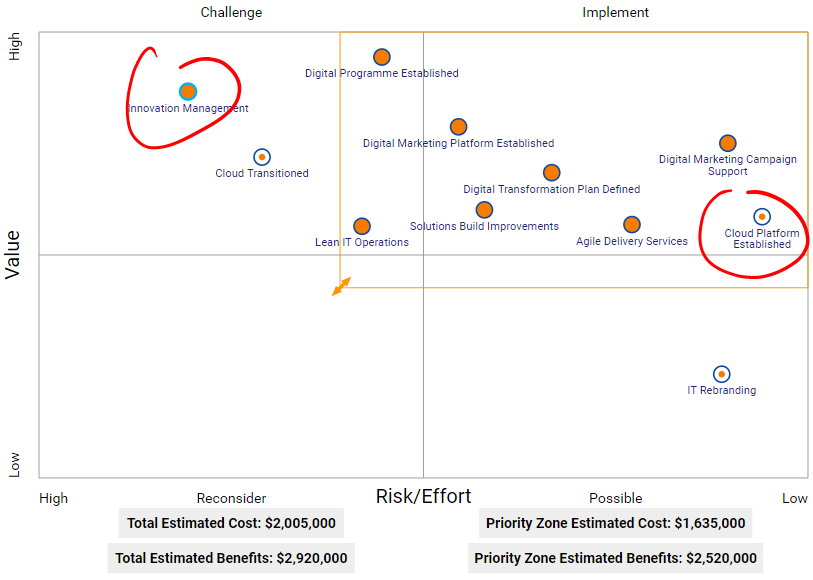 Note, the total Priority Zone Estimated Cost is automatically adjusted when an initiative is included or excluded.