In Part 3, Jenny created initiatives and prioritized these with the 2 x 2, where a target zone was drawn to select the candidate initiatives for the roadmap.

In this part, Jenny will review her list of target initiatives and build her roadmap by creating themes and stages followed by allocation of initiatives.

A theme is a common thread of change or related initiatives to deliver a common business outcome.  To design the themes for her roadmap, Jenny reviewed her initiative map and could see three common threads of change for her organization. You can see her scribble in the diagram below, whereby Jenny has identified three themes: Digital, Cloud and Innovation. 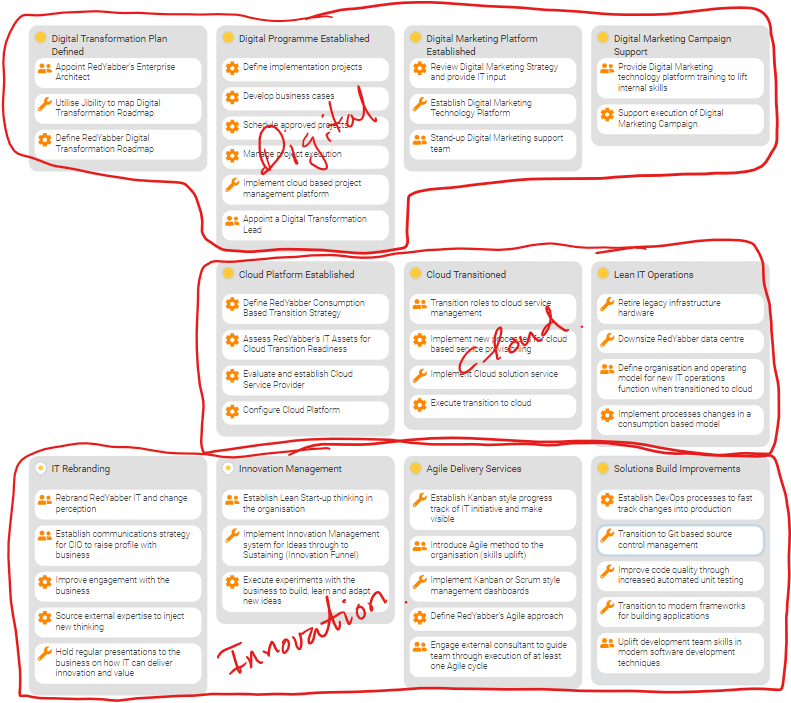 In Jibility, Jenny could have selected from a common set of pre-defined themes, but in her case, she chose to add her own and name them accordingly.

Stages represent a step-by-step progression for the delivery of initiatives which could be based on time (like Q1, Q2 Q3 and Q4) or maturity stages.

In this case, Jenny has chosen a Jibility pre-defined stage which represents (at a very high level) maturity progression from Foundation to Competitive to Leading.  To add this to her roadmap, she can drag/drop the Foundation to Leading stage to the roadmap canvas area. 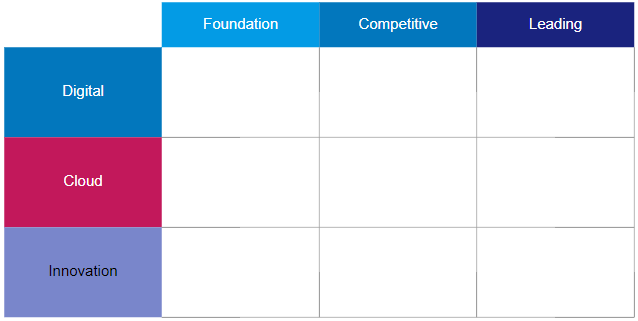 To start the roadmap, Jenny decided to drag/drop the Cloud Transition into the Cloud theme and Competitive stage cell, as illustrated below. 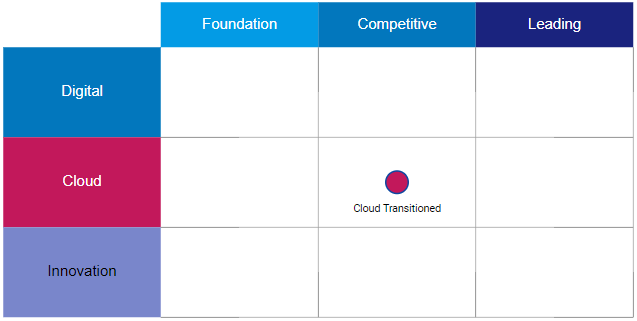 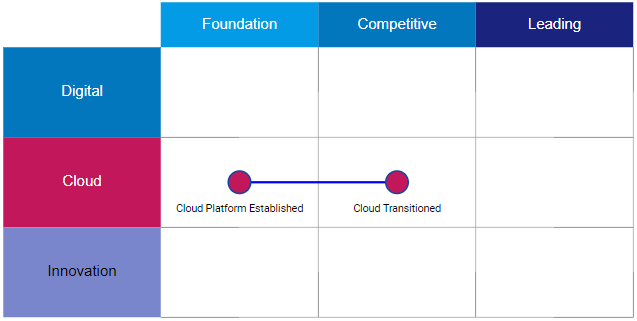 Jenny continues and places all her initiatives onto the roadmap until it looks like this:

Note, Jenny decided to include IT Rebranding and Innovation Management on the Roadmap but acknowledges that these are not priority for her team.

The final step for Jenny is to link her initiatives where there is a dependency. In this case, Jenny decided that "Digital Marketing Platform Established" is dependent on the delivering "Cloud Platform Established".  After completing this step, the finalized roadmap looks as follows:

Now that Jenny has completed her strategic roadmap, she can use the Publish step to select the various one pagers or full documents to publish.