An overview of the Jibility Roadmap components

A roadmap is a visualization that helps you communicate the strategic intent. The purpose of a roadmap is to tell a story of how your organization will progress from now to the future to achieve its strategic intent or vision; it is not meant to be an executable plan.

At a high level, a roadmap should show the stages of progression (stages) and the major outcomes (initiatives) which must be achieved along the way.  To simplify readability of a roadmap, related initiatives based on a common thread of change (related changes) are grouped (themes).

The visualization of the Jibility Roadmap was inspired by the London Tube map (London's underground train station map), see a snippet of a Tube diagram below. 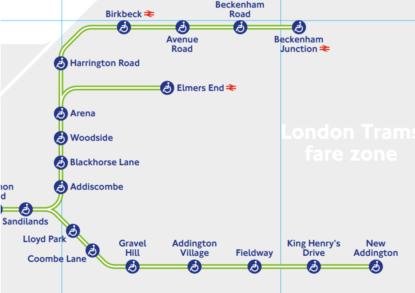 Similar to an Underground Tube map, in Jibility each node (train stop) represents the delivery of an initiative.  The linkage lines or tracks between each node shows the flow of progression from one initiative to another.  An example of how this concept is applied in Jibility is shown below. 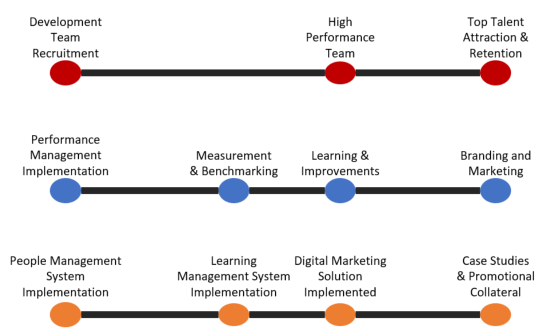 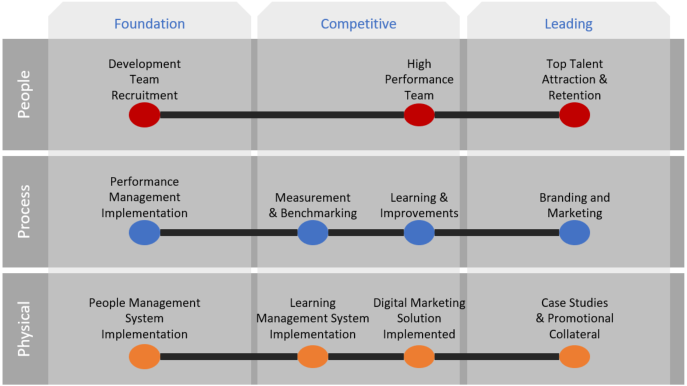 These are the characteristics of themes:

These are the characteristics of stages:

A summary of the roadmap components is illustrated below. 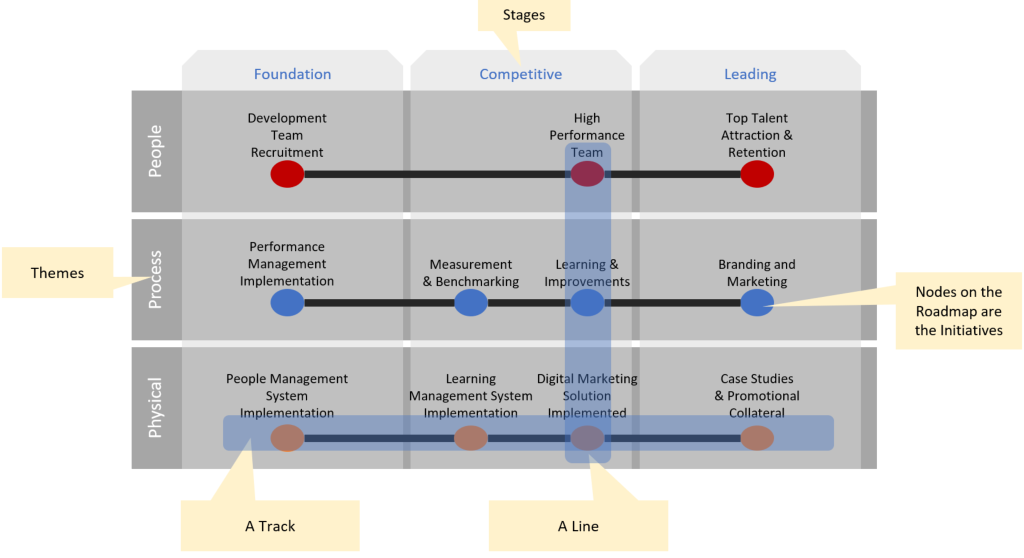